A Beginner’s Guide To The 11 Plus – Kent, Medway and Gravesend Edition

How and When the Scores are Given

Marks for the Kent Test are usually released in the second week of October (a month after the test is taken) Your child’s test results will comprise of three standardised scores – English, Maths and Reasoning – as well as a total score.

Standardisation compares your child to the average performance of other children and is adjusted to take account of your child’s age. Read more about standardisation at the end of this chapter.

One thing you need to remember about the Kent Test is that the pass mark changes every year. This is down to the range of test scores being different for each set of children. A pass mark doesn’t guarantee your child a place at a grammar school – but it does mean they’ve met the academic requirements and the grammar school will consider your application.

Kent County Council has released a series of reports showing total scores and the number of children achieving them. If you want to see the Kent Test score reports, you can access them at https://www.kent.gov.uk/education-and-children/schools/school-places/kent-test#tab-5 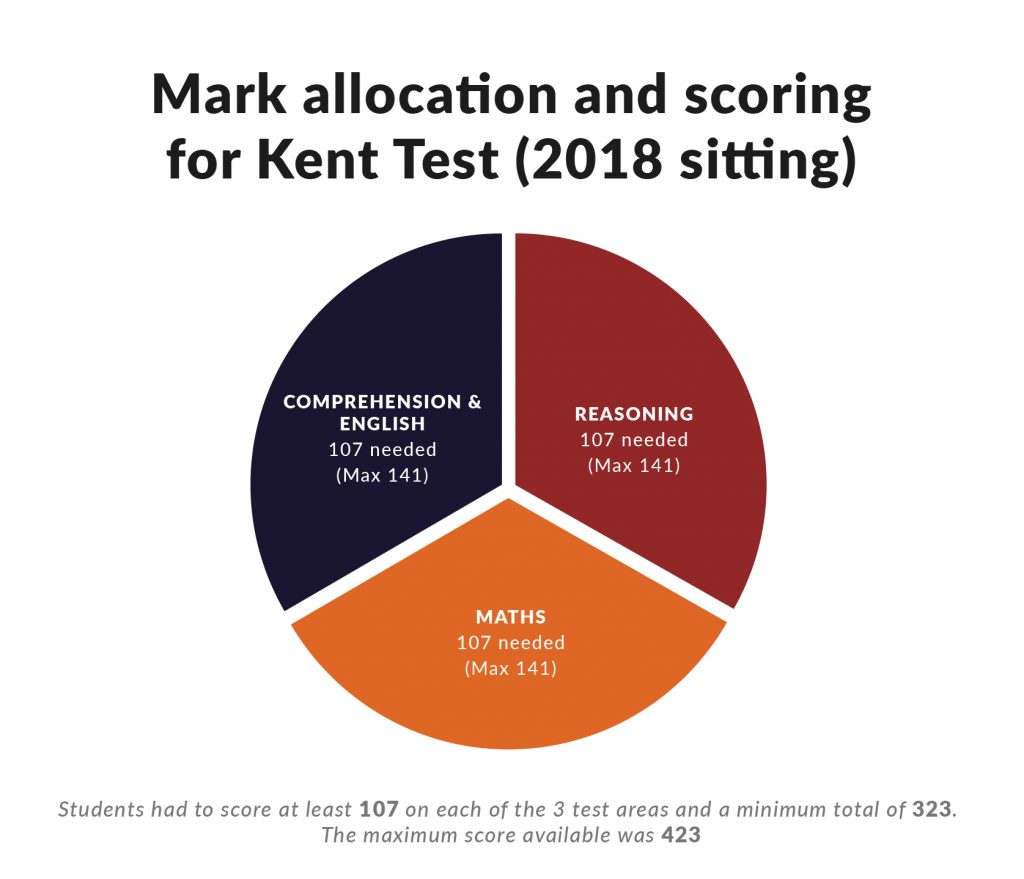 How and When the Scores are Given

Results for the 11 plus are released in the second week in October. Like the Kent Test, the scores are standardised, but the individual scores are also weighted. Verbal reasoning test score has a weighting of 1 and the maths and extended writing task has a weighting of 2. This means that according to this weighting the total score is comprised: 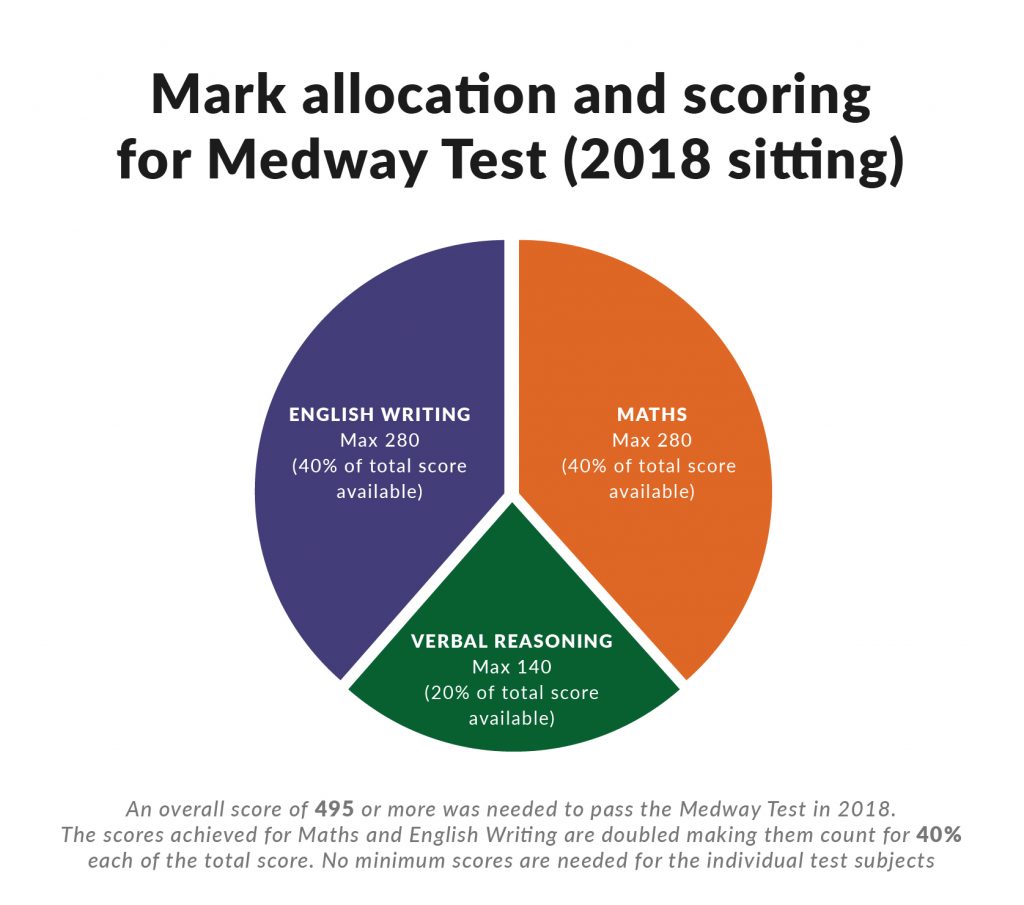 Like the Kent Test, pass marks vary from year to year, but it is always set at the 23rd percentile of the cohort. In past exams the pass mark has been: 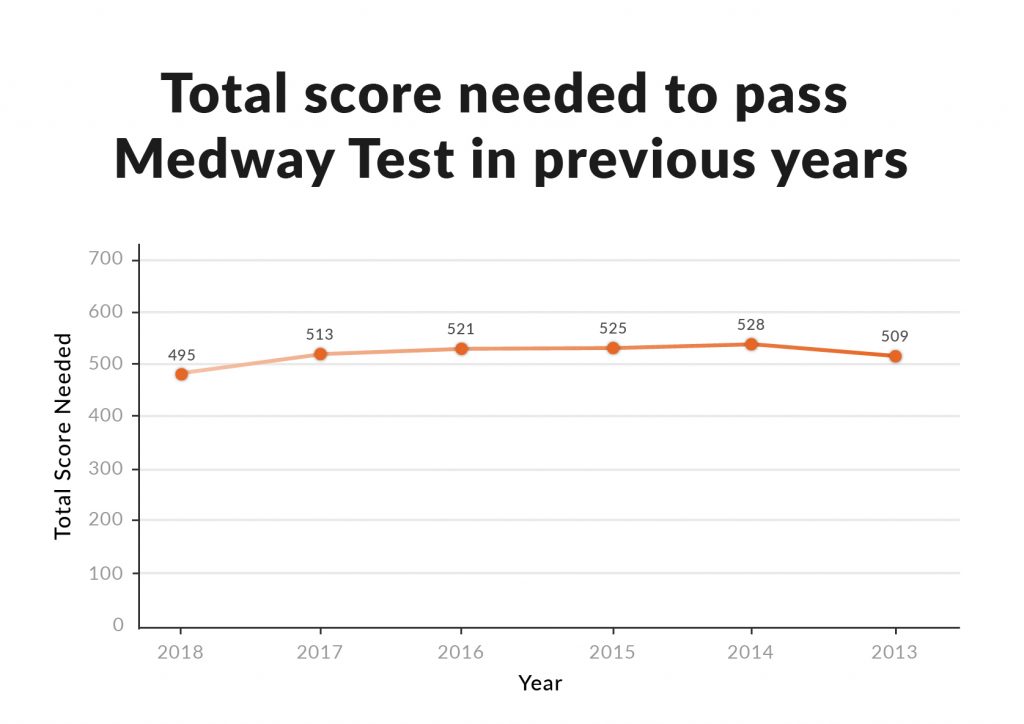 Firstly, standardisation is a means of giving equal value to the results of the different tests, taking into consideration the number of questions and the time allocated to the paper. Because 11+ tests are given a combined total score, standardisation ensures that within this score each test result is weighted equally.

Standardisation overcomes this problem by apportioning equal value to each test result, despite the original number of questions and the length of the exam.

For example, a child with their birthday on 3rd September takes the 11+ test on the same day as a child whose birthday is on 24th August. The second child is almost a full year younger than the first child, but as they’re in the same school year, they take the test at the same time. The first child has almost a years’ advantage in terms of their vocabulary – and children generally expand their vocabulary by over a thousand words per year, so this advantage is significant.

Age standardisation is calculated according to the child’s age on the day that they take the test, with scores being adjusted to ensure that all children are tested fairly. Younger children are, therefore, awarded extra marks to account for their age disadvantage.

Standardised tests are calculated using a reference table – which is always specific to each paper. An example is shown below: 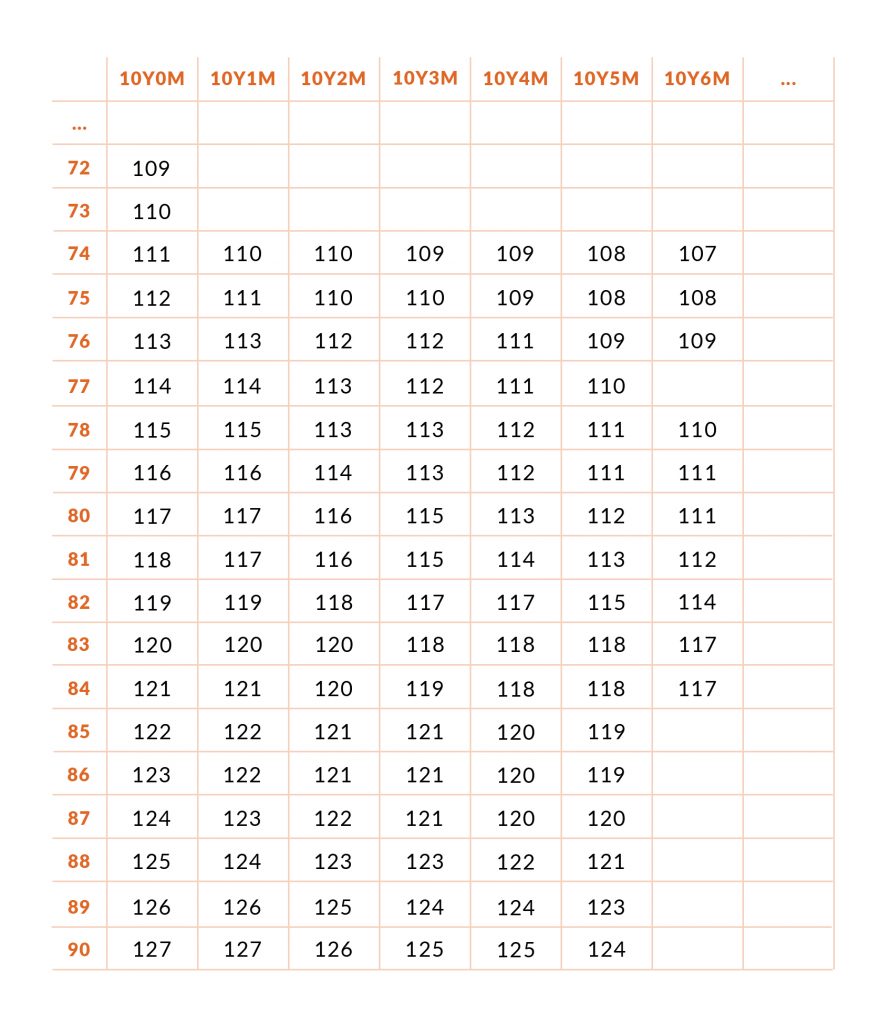 You can see in this hypothetical example that a child who is exactly 10 years old (born at the end of August) who achieves a raw score of 80 will receive a standardised mark of 117. A child who is 10 years and 6 months old (born in March) with a raw score of 80 is awarded a standardised score of 111, with the 6 mark difference taking into account the 6-month advantage the older child has.

We are always happy to help with any questions or give advice regarding your tuition requirements.

Please feel free to contact us via the details below or via our online form.

Ask us a Question

Policies & Procedures
Free 11 Plus Guide
Kent 11+ Worksheets
We use cookies on our website to give you the most relevant experience by remembering your preferences and repeat visits. By clicking “Accept”, you consent to the use of ALL the cookies.
Cookie settingsACCEPT
Manage consent

This website uses cookies to improve your experience while you navigate through the website. Out of these, the cookies that are categorized as necessary are stored on your browser as they are essential for the working of basic functionalities of the website. We also use third-party cookies that help us analyze and understand how you use this website. These cookies will be stored in your browser only with your consent. You also have the option to opt-out of these cookies. But opting out of some of these cookies may affect your browsing experience.
Necessary Always Enabled
Necessary cookies are absolutely essential for the website to function properly. This category only includes cookies that ensures basic functionalities and security features of the website. These cookies do not store any personal information.
Non-necessary
Any cookies that may not be particularly necessary for the website to function and is used specifically to collect user personal data via analytics, ads, other embedded contents are termed as non-necessary cookies. It is mandatory to procure user consent prior to running these cookies on your website.
SAVE & ACCEPT